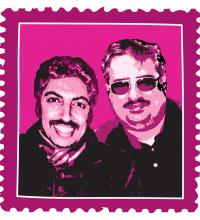 13 peaceful anti-government protestors in Bahrain have been unjustly imprisoned for the last 2.5 years. They were arrested in the middle of the night, not allowed to see their families or contact their lawyers, and many were tortured before their trials. Amnesty International considers them prisoners of conscience, detained only for the peaceful expression of their views and activism.

Call for the immediate release of all 13 activists online