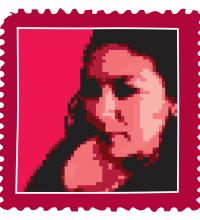 Mexcian mother held and tortured in military barracks for a week.

In 2011, Miriam Lopez was held in military barracks for a week, where she was tortured and sexually abused by soldiers. Army personnel tortured Miriam López in order to coerce her into signing a self-incriminating confession which falsely implicated her in drug trafficking offences. A state appointed public defender was present during parts of interrogation but failed to take any action to protect her rights or stop her ill-treatment, and no-one has been punished for these crimes. Amnesty International considers torture and any other form of ill-treatment as a way of coercing a confession a gross violation of human rights.

Thirty-year-old Miriam Lopez, a Mexican housewife and mother of four children, was tortured and raped by soldiers in 2011. Two men in civilian clothes, who were later identified as members of the military, arrested her in February 2011 in her hometown of Ensenada and dragged her to the military barracks in Tijuana. There, she was held and interrogated for seven days. During this period, members of the army raped her three times, applied electric shocks and subjected her to near asphyxiation and stress positions. Soldiers also threatened to cut her hand and showed her recent pictures of her children and partner, taken covertly on the streets. The perpetrators told her that they “would go for them” if she didn’t cooperate with them.

Army personnel tortured Miriam López in order to coerce her into signing a self-incriminating confession which falsely implicated her in drug trafficking offences. It also implicated other detainees, unknown to Miriam López, in the same crimes. A state appointed public defender was present during parts of interrogation but failed to take any action to protect her rights or stop her ill-treatment.

The number of people who have reported torture in Mexico has risen substantially in the last few years. This has happened in the context of a severe public security crisis and the deployment of thousands of soldiers and police forces to combat powerful drug cartels and other organized criminal networks. Miriam López’s case is part of this nationwide pattern. The authorities have frequently said that the militarized approach to combating drug cartels is carried out with full respect for human rights. However, Amnesty International has also documented a sharp increase in other grave human rights violations such as unlawful killings, enforced disappearances and arbitrary detentions, committed by federal, state and municipal public officials. In 2012, the UN Committee against Torture (CAT) examined Mexico and issued important recommendations, including ensuring that confessions obtained under torture are not accepted as evidence in judicial proceedings, and the establishment of an effective nation-wide reporting system to ensure all complaints of torture and ill-treatment are fully and effectively investigated.